Nick Cave was born in Fulton, Missouri in 1959. He creates “Soundsuits”—surreally majestic objects blending fashion and sculpture—that originated as metaphorical suits of armor in response to the Rodney King beatings and have evolved into vehicles for empowerment. Fully concealing the body, the “Soundsuits” serve as an alien second skin that obscures race, gender, and class, allowing viewers to look without bias towards the wearer’s identity. Cave regularly performs in the sculptures himself, dancing either before the public or for the camera, activating their full potential as costume, musical instrument, and living icon. 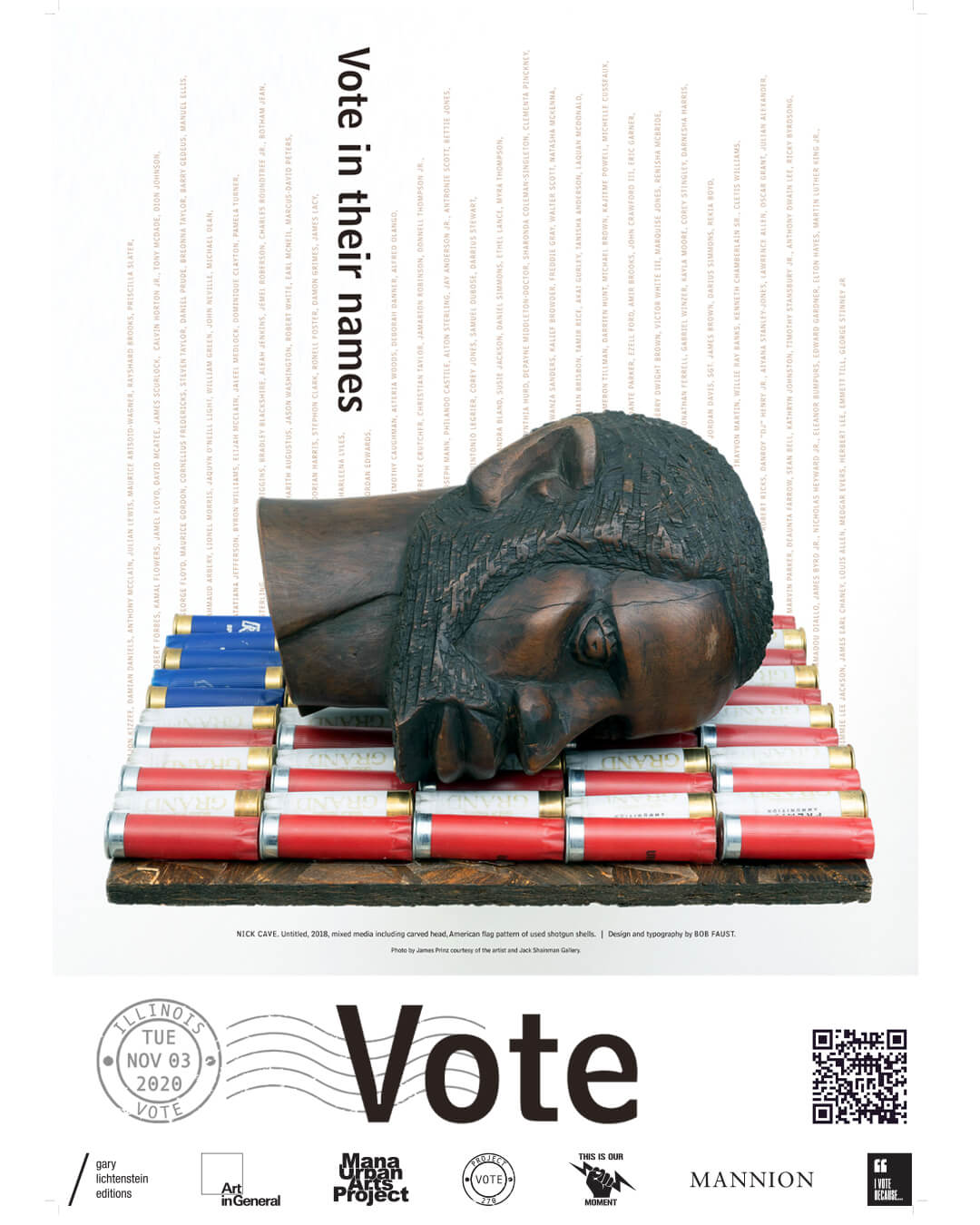