Atomik is a 100 percent Miami artist. Famous for his iconic orange character which emerged as a response to the demolition of the Miami Orange Bowl, the artist also marks the walls of Miami with his sleek hand-styles, graffiti and lettering. While painting for almost 20 years, Atomik’s playful characters and hand styles have become as much a symbol of Miami as are palm trees or neon lights.

His unmistakable orange character has been placed all over the world bringing a piece of Miami to places such as Chile, Peru, Colombia, Brazil, Argentina, Mexico, Holland, Germany, Italy, Spain, England, Australia, Korea, and Thailand. His studio pieces on media ranging from canvas to paper as well as found objects like street signs, directly reflect his street work and usually feature his ubiquitous orange character. Atomik currently lives and works in Miami. 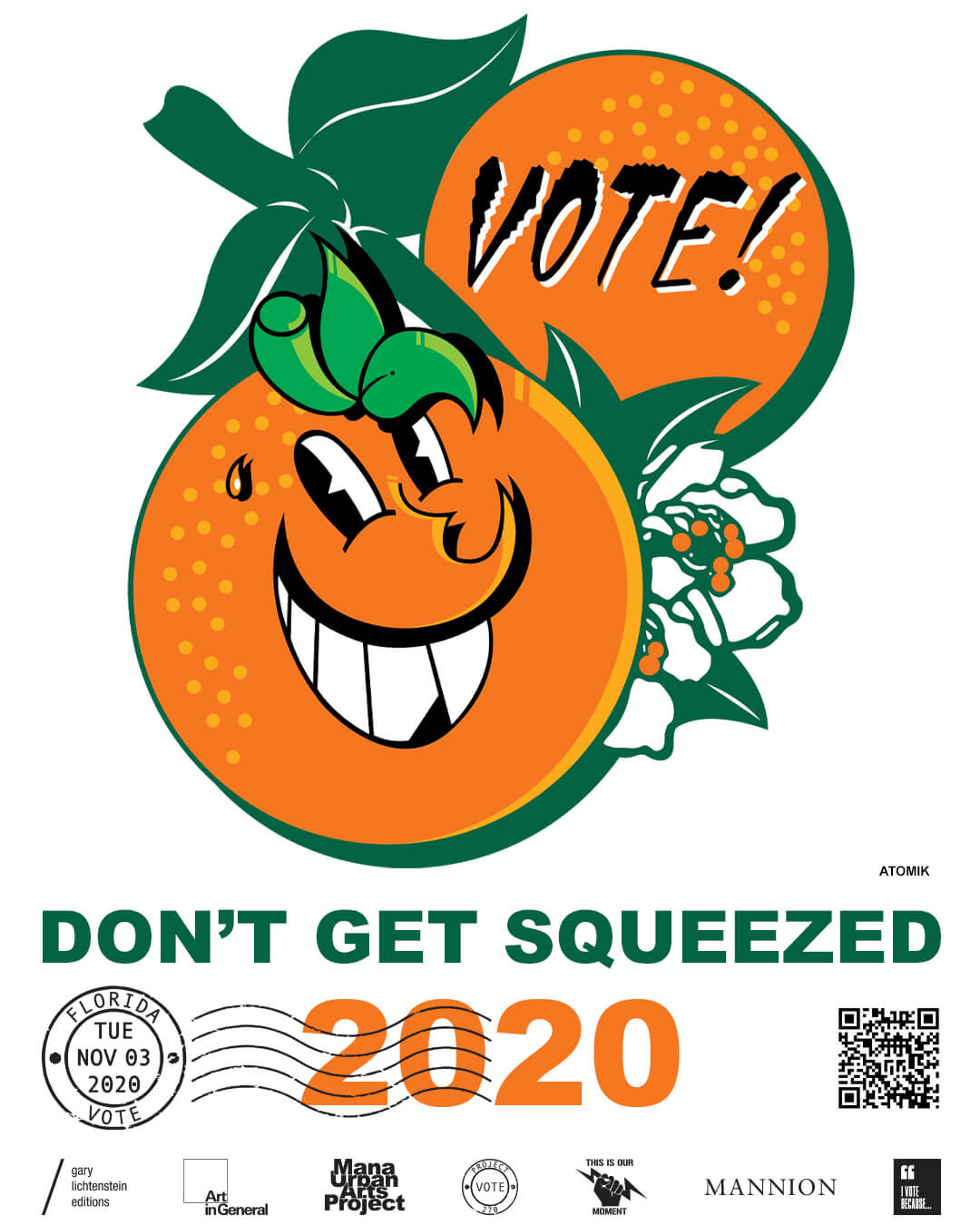