Carlos Walker is a self-taught African American artist. Born and raised in Halifax. Co., Va., Carlos began drawing at the early age of eight. Not envisioning a career in art, Mr. Walker chose to put his talent to the side and sell drugs, which landed him in prison at the age of 24 with a 20 year mandatory minimum sentence, of which he was recently released after serving 13 years in prison.

While incarcerated, he curated five exhibitions and wrote a book based on his personal artwork. He is best known for his exhibit “Walk a Mile In Our Shoes”, which offers racial role reversal as a provocative antidote to the prejudice, systemic violence and unsustainable economic inequality that has once again brought African American protesters onto the streets of major cities across the country. Mr. Walker’s work is created with the sole intent of invoking thought in all who refuse to understand the plight that African Americans have had to endure from slavery until the present. 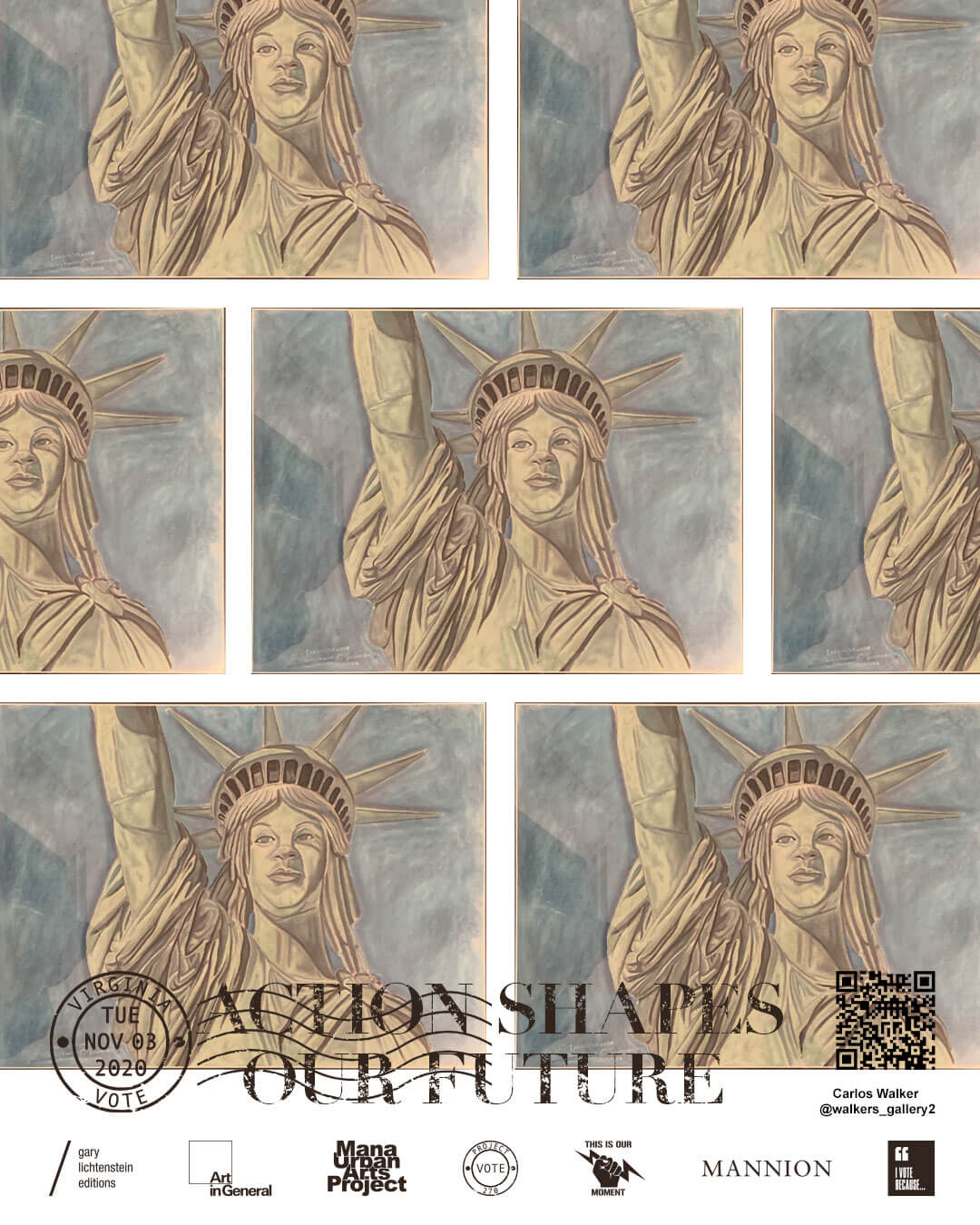