Eric Orr is an artist and designer from New York City. He pioneered the substitutive style of graffiti art in the late ’70s, eschewing “writing” in favor of visual iconography, and in the process, created the distinctive robot that would become his signature and alter-ego. In 1984, he collaborated with pop artist Keith Haring on a series of drawings in the NYC subways that featured his “robot head” character alongside Haring’s iconic “radiant baby”. In 1986, he created and published four issues of “Rappin’ Max Robot”, the first Hip-Hop comic book.

He has designed and illustrated images, covers, and logos for musical artists including Jazzy Jay, Busy Bee, Positive K, Jazzy Joyce, Masters Of Ceremony, Ultimate Force, Lord Finesse, Diamond D, and Diggin’ In The Crates (D.I.T.C.); worked with and exhibited alongside such notables as Futura, Seen, Doze, and Kaws; and his work has been featured in publications including Juxtapoz, Mass Appeal, Sketchel, Complex, and the International Graffti Times. In 2014, his personal archives were acquired by Cornell University for the Hip-Hop collection in their archive of rare books and manuscripts, and in 2015, Columbia University added copies of his works to their permanent collection. 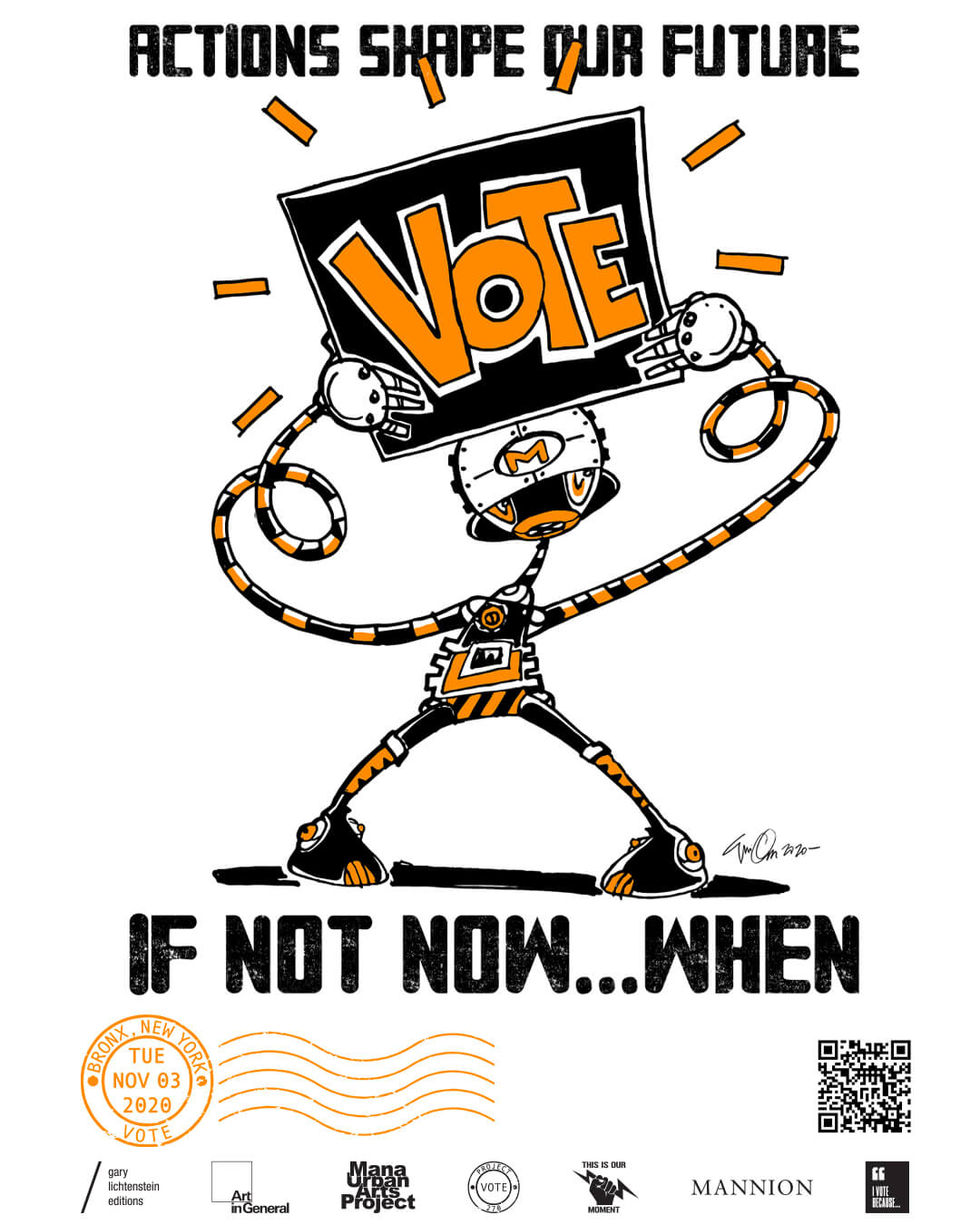 I vote because injustice sucks.