Two Bulls is an enrolled member of the Oglala Sioux Tribe and was raised in the high plains of South Dakota to a family of artists. He received his first art instruction from his father Marty Two Bulls Sr., an accomplished political cartoonist, and went on to study printmaking and ceramics at The Institute of American Indian Arts in Santa Fe, NM, where he earned his BFA in 2011.

In 2017, Two Bulls was offered a full time faculty position with Oglala Lakota College (OLC), which presented him with an exciting opportunity to return to his homelands and work directly with his tribal community. Since returning home, Two Bulls has created a graphic arts program at OLC and continues to work as a positive force for the arts in his communities both near and far. 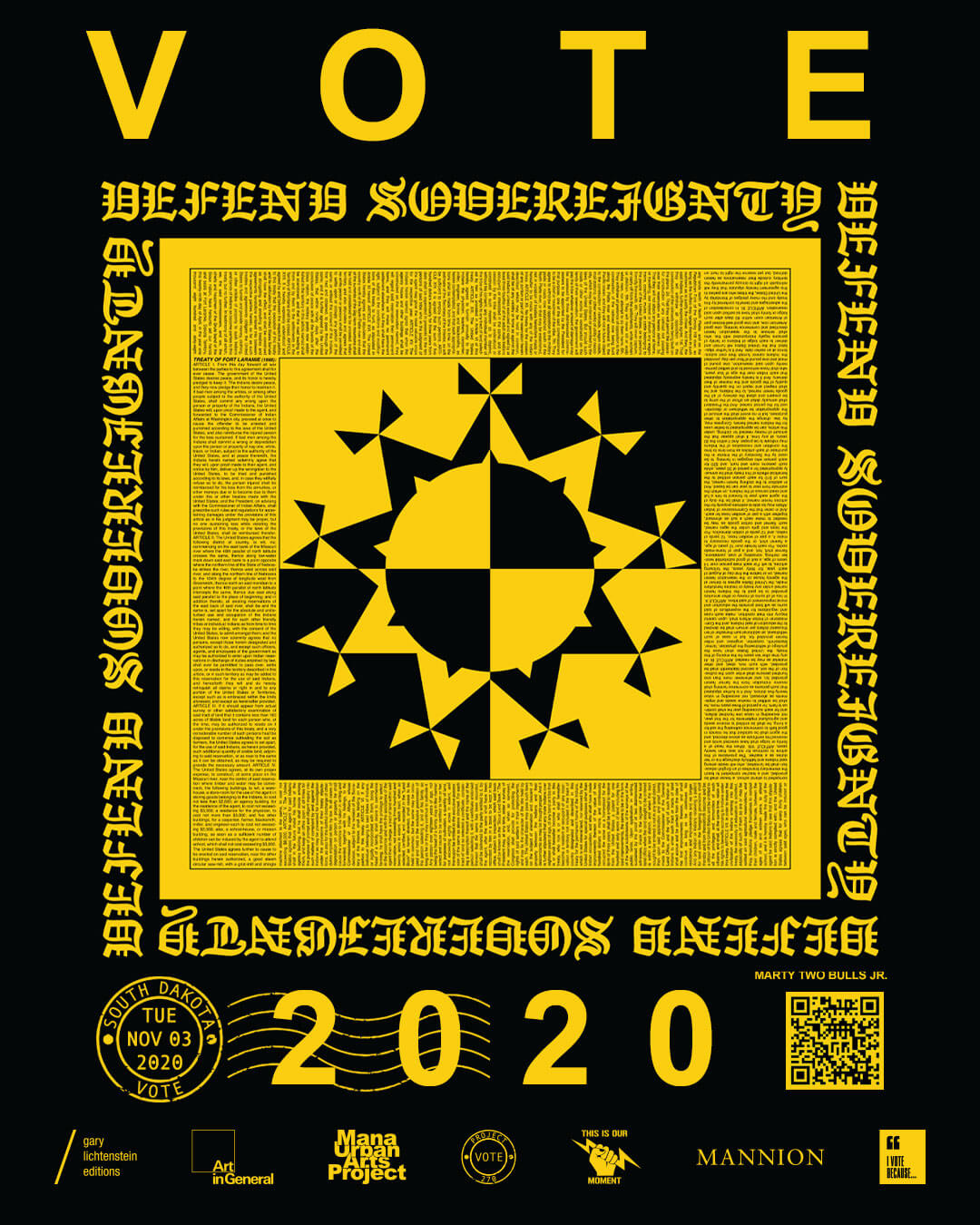