Dr. Flotsam and his carny troupe have been traveling the world for centuries, selling Hell Brew tonic, thereby granting unsuspecting “marks” their wildest dreams, and collecting their souls in return. These transactions are often manipulated by the Dr., and he hints at his grand purpose (The World Riddle) by dropping tips in the paintings, murals and performances.

Shine’s installations have been featured at SFMOMA, The SF Museum of Craft and Folk Art, The Laguna Art Museum, 941 Geary in SF, White Walls SF, and the Corpo Gallery in Los Angeles. 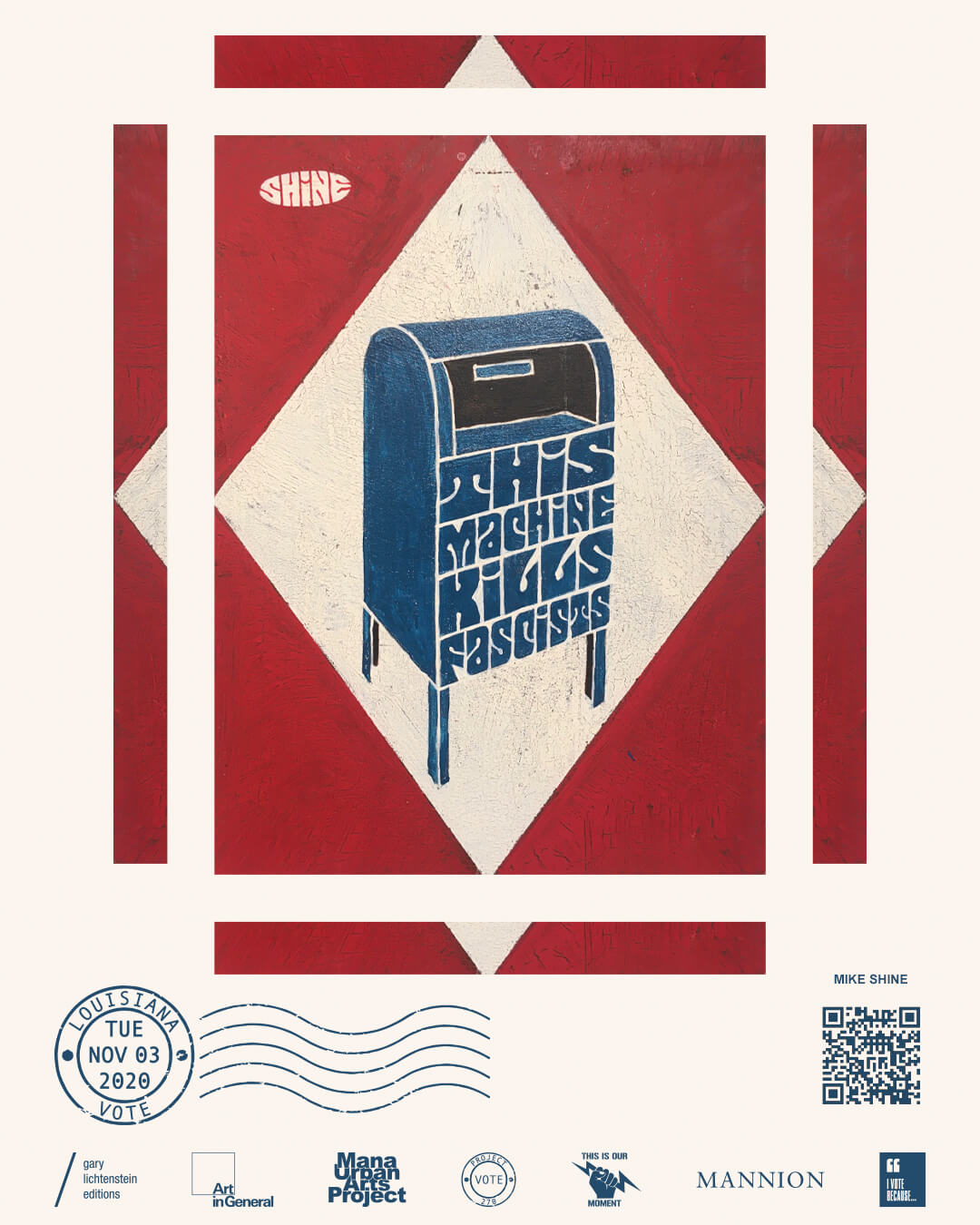